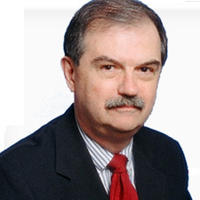 FileMaker® Server 16, introduced in April of 2017, brought with it the capability to use three oAuth2 Identity Providers to authenticate Identity Assertions made in attempts to access hosted FileMaker® Pro files. Google, Amazon, and Microsoft® Azure AD were the three Identity Providers. Since then various members of the developer community have sought ways to expand beyond those three providers to employ other Identity as a Service (IDaaS) options.

Wim Decorte and I are pleased to advise that we have succeeded in an effort to expand the available Identity Provider services to additional systems. We have documented the underlying mechanism that FileMaker Server uses and have identified at least five new major IDaaS providers whose oAuth2 capabilities we can leverage to permit their use in the FileMaker Platform environment.  We hope this means, among other items, that the FileMaker Platform can now be used at locations where heretofore it was disqualified due to lack of support of these Authentication options.

We were aided in this endeavor to a substantial degree by assistance from Claris International, Inc. (formerly FileMaker, Inc.) working in a customer environment. This ratifies to a substantial degree the maxim postulated by well-known business author Tom Peters back in the 1970’s that “Innovation doesn’t come from the R&D Department; it comes from the customer base.”