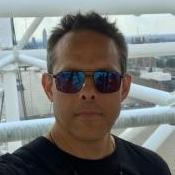 Hi Dave, Thanks for your interest in Carafe! As it happens, the two datatables bundles we have up there are two of the very first proofs of concept, and they aren't very configurable. In fact, we