Migrate data to an updated version. 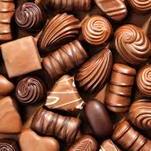