Using PuTTY and SSH instead of SSL 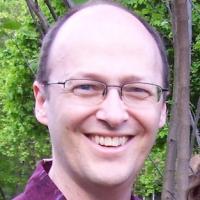 By JerrySalem,
January 28, 2016 in Security Concepts